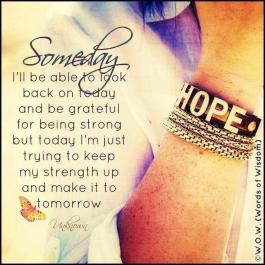 By Migraine.com—September 9, 2015
The Migraine In America 2015 online survey gathered insights from 4,502 patients currently diagnosed with migraines in hopes of better understanding their symptoms, treatment experience and life impact. Those surveyed came from across the U.S. They were primarily female and over the age of 40, as well as being married with children. The 2015 survey continued to illustrate the challenges and impact of migraine among patients, building upon findings from previous Migraine in America surveys.

Migraine has been a long-standing challenge for these patients; most have been experiencing migraine symptoms for at least half of their lives. A total of 59% started experiencing migraine related symptoms before reaching adulthood and ¼ had identified a specific incident that coincided with the start of their migraines. Over half of patients surveyed experienced initial migraine symptoms of head pain, as well as sensitivity to light and/or sound.

Almost half of patients went at least 5 years between initial symptoms and diagnosis. It was typically the patient’s PCP/family physician making the initial diagnosis, with very few having been diagnosed by a headache specialist. While 65% had been diagnosed with chronic migraine (the most prominent classification reported in the survey), only 62% of patients surveyed fit the classification based on their migraine frequency.

Nearly all patients surveyed reported suffering from other health conditions, typically allergies, anxiety and depression were the leading comorbidities. A total of 1 in 3 patients suffered from both depression and anxiety.

Nearly all patients were currently under the care of a physician (specifically for migraine). Over half were satisfied with that relationship and ¾ were comfortable talking with their healthcare professional about their migraine symptoms. PCPs / family physicians and neurologists were the predominant healthcare professionals patients had seen for their migraines. Interesting that less than half of patients have seen a headache specialist at some point over their journey.

Less than half of those surveyed have visited an ER or an urgent care facility in the past year for their migraines. Among the few who were not currently seeing a healthcare professional specifically for their migraines, the prominent reasons included being able to manage on their own and having given up on doctors.

While patients reported feeling as if they had tried everything to manage their migraines – with prescription medications, OTC drugs, complementary and alternative therapies – they continued to seek out new approaches to treat and prevent migraines, and are willing to keep trying new options.

Amid abortive / rescue medication users, triptans were currently used by over half and anti-nausea medications by almost 40%. Over 2.5K respondents had used a triptan within the past 3 months and ¼ had used 2 or more forms. Three out of 4 of patients who use abortive/rescue medication cited they would initiate treatment within an hour of suspecting they were getting a migraine. Over ¾ had withheld taking a medication to spare it for another time.

Self-medication was currently being used by about 1 in 10 patients surveyed, whereas 1 in 4 patients were currently using complementary and alternative therapies for their migraines. Among current therapy users, sleep/rest and dark rooms were prominently employed, however dietary supplements were used most frequently and consistently by their users.

Migraine was most often described as “debilitating” and impacted all areas of patients’ lives – work, career, family relationships, social activities and self-esteem. Depression and anxiety were common among patients surveyed. While almost 60% of those surveyed were still employed in some capacity, a majority of those surveyed were classified as “severe disability” on the MIDAS scorecard.

Despite feeling they had tried all options to manage their migraines, patients continued to seek out the latest migraine treatments – 17% were aware of new migraine treatments that may be coming out soon. Patients also turned to migraine specific websites or their healthcare professional as a resource to learn about or manage the disease.

Data from the 2015 Migraine in America survey illustrate that migraine continues to have a profound impact on patients’ lives. While the majority of survey participants reported that they take both preventative and abortive medications, more than half still experience 15 or more headache days per month. Unfortunately, patients with migraine continue to face challenges in meeting their healthcare needs, such as lack of access to headache specialists, treatments that lack efficacy, and the stigma associated with living with an invisible illness.

Profile photo of Migraine.com
The Editorial Team is made up of several writers who are all employees of Health Union, the parent company of Migraine.com. Often times we collaborate on articles for the site that may cover a broad range of topics from news articles, reports from our In America surveys, or a summary of feedback that we’ve gathered from our community members. We are very diverse in our backgrounds and expertise, so sometimes we may write as individuals or as a team.

We’re active on your social network.
MIGRAINE.COM ON TWITTER