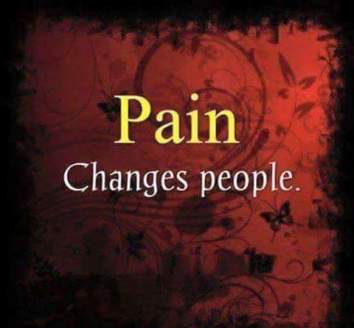 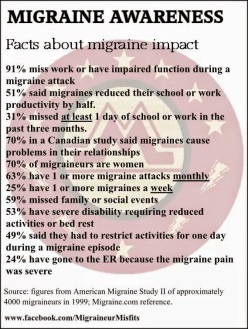 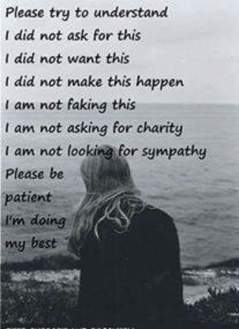 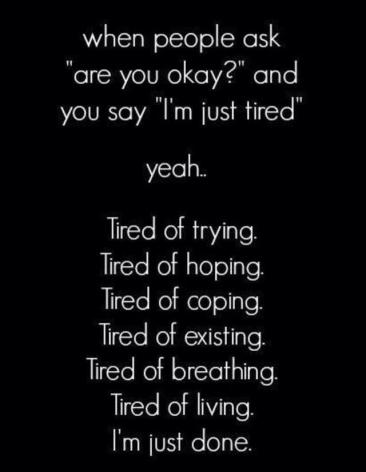 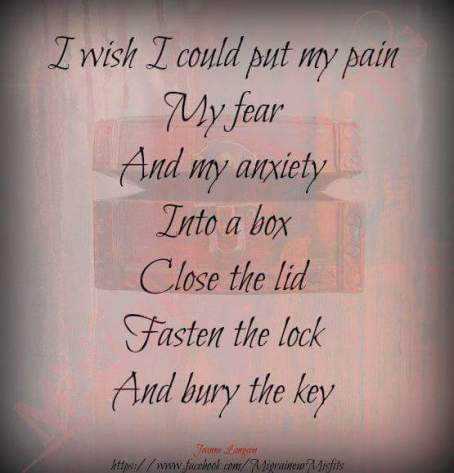 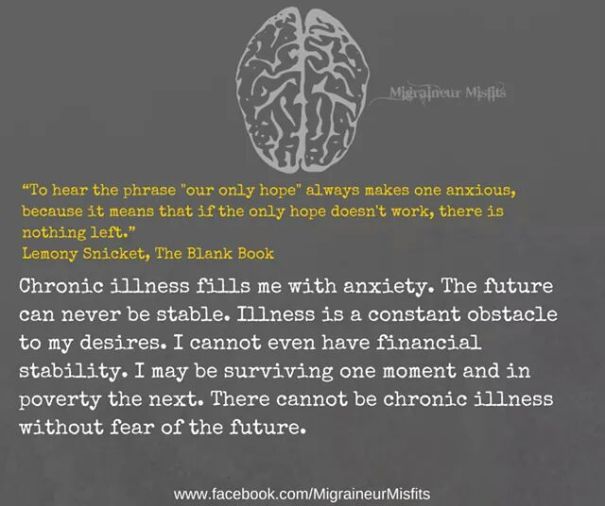 So. It’s been raining here for 4 or 5 days straight. Almost nonstop. Sometimes torrential, sometimes gentle showers, but steady drips. My migraine brain does not approve of this wet weather. The fronts and barometric pressure. The ups and downs. I hurt. So much. Stabbing, throbbing, icepick, axe, and numerous other torture devices reverberating throughout my skull. Every step hurts. Sitting still hurts. Laying down hurts. Breathing hurts. Life hurts.

This stormy weather also ramps up my depression and anxiety. I am hyper aware of my emotions. I cry easily and for no obvious reason. I get angry and lash out. I get scared and stay in bed in the dark. I think too much. I look back and regret. I look forward and fear the future. My present situation is no picnic either.

My meds don’t seem to work very well when I get like this. I don’t sleep well anyway, and the continuous pain keeps me from restorative, deep, healing slumber. I don’t want to go out. Safety concerns because of the flooding and my current frame of mind won’t permit me to drive. So I’m home. My safe haven anyway. My emotional support furbaby Samantha is here as is my Mom, my rock. They try to help, but the funk persists along with the steady pain.

I’m hoping to see the sun in the next day or so. I need to get out and get some sunlight on my face. Eyes closed of course, due to the migraines. I take extra Vitamin D all year, which is supposed to help with mood, pain, and inflammation. Here’s hoping. Anyway, this too shall pass. I hope y’all are faring well and staying strong. Carry on my fellow warriors. Carry on. 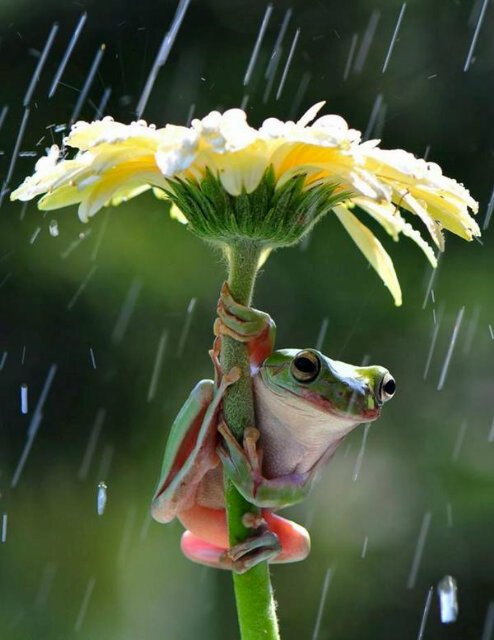 So. Another week down. I’ve had ups and downs. As usual. Doctor appointment on Thursday. Mom and I found out we had been exposed to Hepatitis A through Egyptian strawberries from Tropical Smoothie. Doctor was concerned because I take statins, which process through the liver. Also, my opiates do the same. I don’t need any liver function issues. So we had to go and get Hep A vaccines 30 minutes away from the only “Doc In A Box” that had it. Another shot in 6 months and we’re covered for life. I had to cancel several other doctor appointments for fear of spreading the virus to others. So I’ll be playing catch up for the next few weeks. Oh well, crisis averted.

I finally had my sleep consult which took me almost 3 months to get. The Nurse Practitioner explained that my meds alone can cause erratic, fragmented, nightmare-filled, non-restorative sleep. Add to that the chronic migraine and Fibro, which both cause insomnia, elusive sleep, and night sweats and we have a party! *holding up sarcasm sign* I have to go in October and spend the night. Should be interesting since I have painsomnia and rarely sleep. If I have obstructive sleep apnea, it can be treated with forced oxygen from a CPAP machine. It scares me to think I may stop breathing numerous times during the night. If the study is inconclusive, I may need to return for an additional one. We shall see.

It’s definitely been an interesting, albeit hard week. I’ve had 8+ migraine pain every day. More nausea than usual, which makes it nerve wracking to leave the house. Fibro flares caused excruciating pain and numbness in my wrist. I kept dropping things and made some quite spectacular catches and some even more spectacular fails. Thank goodness Samantha was there to clean up the food spills! (happy Tuxedo cat!) The wrist pain left as quickly as it came and has currently settled in my hip and thigh. Alternating heat and ice now. It’s like spinning the body part “wheel of pain!” Never knowing where it will stop.

I did manage to go food shopping. Unfortunately, it was at Walmart. I have a hate/hate relationship with Walmart. Mom needed prescriptions filled and for some reason decided WallyWorld was the best choice. Never again! EVER! After waiting 20 minutes at the pharmacy, we were told the doctor had not written instructions for med. I showed her the instructions were written on another script and she said “but they’re on the wrong one!” She proceeded to call the doctor’s office and ask them to fax correct instructions on correct rx. Srsly?! 😕 I would have left, but the thought of having to return filled me with pain and nausea worse than my worst migraine. Another 20 minutes crawled by. I called Doc’s office and was told orders had been faxed 30 minutes ago. This led to a she said/she said argument. Pharmacist finally told us she could fill our order now. I decided to check out our groceries since they’d been in the cart this entire time. I told Mom I’d meeting her back at the pharmacy. Only one checkout aisle was open (of course!) I felt my anxiety rising by this time. Mom called me and said she had to go to the back of the line as her order was “not fully prepared.” That did it! I started to tear up! The cashier asked if I was okay and that just made it worse. Looking back, I had what I now think was the onset of a panic attack/migraine sensory-overload in Aisle something or other earlier. I was sweating, chilled, shaking, and my heart was racing. Every light, sound, and smell practically brought me to my knees. After an hour and a half, we finally made it out of Hell! I said to Mom that I was done for the week. Thankfully, she totally understands as she lives through these episodes with me. I broke out in tears once again on the ride home. Relieved, embarrassed (from the looks and stares I received from rude people), and anxious to get home. Once home, I took my meds, closed the blackout shades, got into bed, put an ice pack behind my head, called for Samantha, and eventually passed out.

So. As this fun-filled week draws to a close, I’ve decided that I may never leave my house again! At least not to go to Hellmart! Carry on fellow pain warriors. And always keep fighting! 💜