An Emotional Support Animal Can Help With Anxiety

An Emotional Support Animal Can Help With Anxiety 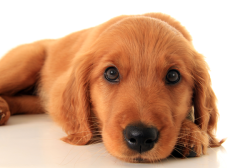 According to many Americans with a registered Emotional Support Animal (ESA), the difference between manageable and unmanageable anxiety could be as simple as owning a pet. These animals provide support for emotional disorders including anxiety, depression, post-traumatic stress disorder, and much more by simply being present when their owner becomes emotionally distressed. This aid has helped thousands of Americans overcome their anxieties and stressors by providing a helping hand through stressful situations. But what exactly is an Emotional Support Animal, and does your pet qualify?

What is An Emotional Support Animal?

According to the National Service Animal Registry, “an Emotional Support Animal (ESA) is an animal that, by its very presence, mitigates the emotional or psychological symptoms associated with a handler’s condition or disorder.” Just by being present and sensing the moods they are in—things most animals can do without any special training—these animals soothe their owner’s emotional upsets. They act as a constant friend and companion to their owners and, ultimately, help them cope with their emotional issues, which means a less difficult time coping with day-to-day issues.

This also means that the animal does not have to undergo the same amount of training as a “working” service animal. An ESA is simply there to calm you in anxiety-provoking situations.

Sometimes, a psychiatric disorder can be so severe that it interferes with a person’s basic ability to survive. In this case, an emotional support animal is not enough. That is where Psychiatric Support Animals (PSAs) come in. With more privileges and better training than ESAs, PSAs can perform a variety of tasks that are integral to the survival of their handlers. These tasks include:

Deciding if an ESA or a PSA is right for you is a difficult decision. Talk to your psychiatrist to see which service animal could be right for you.

Just like a regular service animal, an Emotional Support Animal is protected under the Americans with Disabilities Act. However, because the need for an ESA is different than a full-fledged service dog who has been trained for months or years, an ESA is not given the exact same permissions a service animal is given. You can take your ESA to fly in the cabin of an aircraft and you can qualify for no-pet housing with your ESA, but your ESA is not allowed in non-pet friendly:

Studies Show That Pets can Improve Your Mental Health

It is almost undisputed fact that pets improve the lives of their owners. This is especially true of owners with mental disorders, like anxiety. Take, for example, these studies:

How to get an Emotional Support Animal Letter

Though having your dog, cat, or guinea pig on a flight with you might sound like a wonderful idea, it is not a justification for getting an ESA letter without the need for support. The ESA program in the United States is already under heavy scrutiny for allowing dogs in places where they might not be needed. For example, a person with an ESA letter might try and convince a restaurant owner to let his or her dog into a restaurant even though ESAs are not allowed in those areas. Furthermore, people with allergies who are also on airplanes with ESAs sometimes take issue with an ESA on a plane, causing further discontent.

Before getting an ESA, discuss your options with your psychiatrist or therapist. If an ESA is not absolutely necessary, it would be better not to get one to keep the integrity of the ESA community alive. Conversely, if you need additional assistance for your anxiety, a PSA might be a better option.