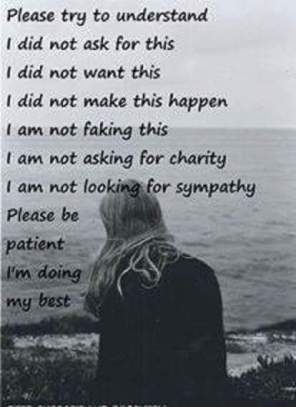 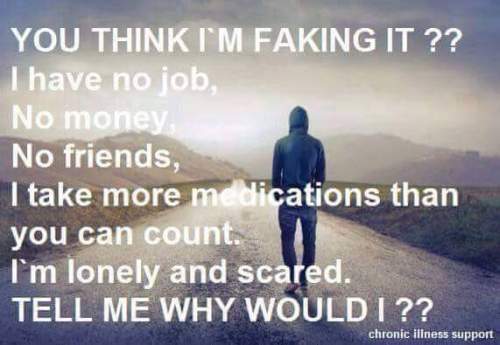 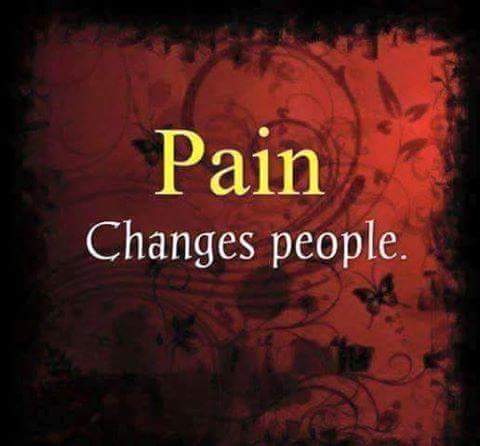 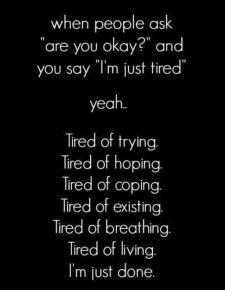 Missed my son’s school play
Couldn’t go to my daughter’s soccer game
Canceled plans with a friend
Skipped Sunday dinner with my family
Was unable to walk my dog after work
Had to have a coworker cover for me
Left my group hanging on a class project
However you fill in the blank, most people with migraine have said that they feel guilty about something they did (or, more often, didn’t do) because of a migraine attack. The reasons for guilt run the gamut. I have even felt guilty for throwing away vegetables that went bad because I was too sick to prepare them.

The first time I wrote about migraine guilt, a headache specialist who reads my blog asked why I felt guilty when I wasn’t to blame for any of my perceived failings. I didn’t get what she was saying. It didn’t matter to me that I wasn’t to blame—I let people down (even my local farmer) and felt guilty for having done so. Recently, though, the seed that she planted nearly a decade ago began to sprout.

Guilt is what we feel when we have or believe we have done something wrong. It’s often called a useless emotion, but it’s a great motivator for changing behavior. Social worker and researcher Brené Brown describes it like this: “We feel guilty when we hold up something we’ve done or failed to do against the kind of person we want to be. It’s an uncomfortable feeling, but one that’s helpful. When we apologize for something we’ve done, make amends to others, or change a behavior that we don’t feel good about, guilt is most often the motivator.”1

You can apologize for something you believe you’ve done wrong because of a migraine attack, but there’s no behavior you can change. Having a migraine attack is not a behavior, it’s a physical state over which you have no control. According to Brown and other researchers, the guilt that I’ve always associated with migraine is actually shame. Brown summarizes the difference between the two: “Guilt = I did something bad. Shame = I am bad.”

Because I’m a glutton for punishment, I read Brown’s book on shame called “I Thought it Was Just Me.”2 I swore an astonishing amount, not out of anger, but in disbelieving recognition. Shame was the fuel for so many things I spent the early years of my disability doing: chattering nonstop to keep people from asking questions about myself for fear they’d uncover my secret; frequently saying, “I’m the kind of person who…” in order to define myself as something other than sick; beating myself up for doing and saying the wrong things.
I was ashamed for being disabled by an illness most people understood to be no big deal. I was ashamed that I had to cancel on friends and family so often. I was ashamed that I couldn’t will myself to get better. I was ashamed that no matter what I did, the symptoms kept getting worse. I was ashamed of not being the person I thought I should be. I was ashamed that this illness was a neon sign advertising my weakness and failure to all who cared to look.

I was steeped in shame, but called it guilt. Guilt felt rational and reasonable. I’d rather believe I felt guilty for letting produce go to waste than to admit how deeply ashamed I was that I couldn’t keep up with the simplest things in life. The guise of guilt let me focus on systems and schedules so I could avoid the desolation of shame. I thought I was trying to fix everything for which I felt guilty. I was really deflecting my attention from the shame.

The dark place of disabling chronic migraine is where the shame began to take root, but my fierce determination to hide the shame (even from myself) is what allowed it to burgeon. At a time when I was physically and emotionally depleted by migraine, self-compassion should have been a priority. Instead, I spent every spare bit of energy tending my shame. It grew so high that it nearly overtook me.
Now in her late 30s, Kerrie has had chronic migraine since she was 11. She’s been writing about migraine and headache disorders on her blog, The Daily Headache, since 2005. Kerrie is also the cofounder of TheraSpecs, which makes eyewear for migraine and photophobia relief.